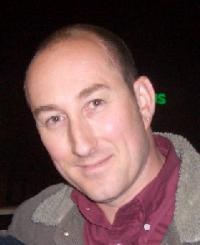 As Groov Marketing began focusing primarily on Jazz, Josh and the company found their ultimate niche and has enjoyed a long standing relationship with Blue Note Records working incredible acts like Cassandra Wilson, Kurt Elling, Charlie Hunter, Medeski Martin & Wood, Dianne Reeves, Norah Jones etc. This is not to mention the many other fantastic Jazz labels/artists, major and independent alike, that Josh has helped promote to radio since 1994. Throughout the years and partly to Josh’s credit, Groov Marketing has also received many “Independent Radio Promotion” awards from both Gavin and Jazz Week. Today, Josh holds a Bachelor of Science in Business Management from The University of Redlands. 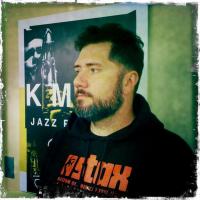 With over 25 years of experience in the Music Industry, Mark has tackled everything from Artist Management to Venue Booking to Radio Promotion.

After spending the late 90s and early 00s in Hollywood, Mark escaped Los Angeles for the greener surroundings of the Pacific Northwest. In his spare time, Mark enjoys hiking, fishing, kayaking, digital photography, spending time with his two dogs, Roxy and Boogie, searching out new wineries and absorbing the vibrant music and art scene that Portland has to offer.

Mark is also the host of Soul Station, which airs every Tuesday night at 9:00PM PT on Portland’s Jazz Station KMHD 89.1. You can also check it out online at http://www.KMHD.org